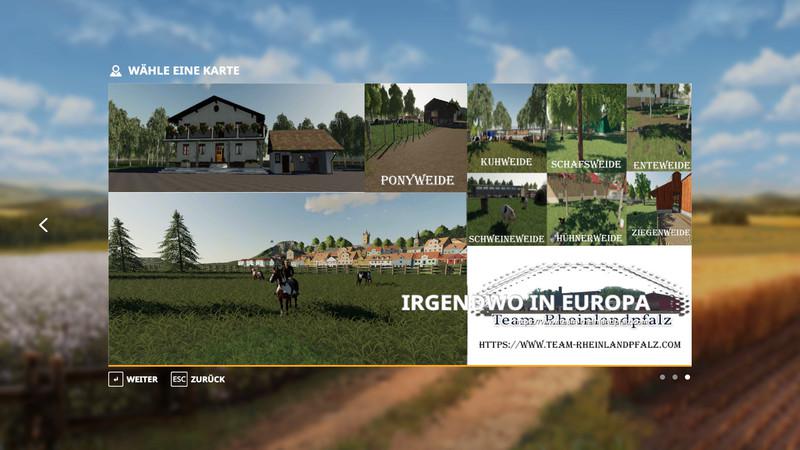 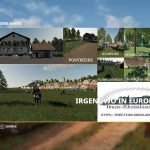 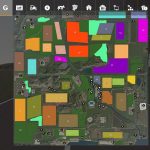 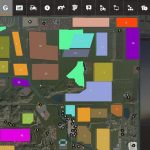 Moin folks, let the games begin 🙂 With the new Irgendwo_in_Europa 4gang Map Multifruit you have the perfect map for exciting LS19 days.

So then you need the following mods to play the map:
Season mod
AdBlue package
GlobalCompany

These mods are highly recommended: FS19_moreTrees FS19_AnimalPenExtension
There are currently no usable productions, the buildings are already on the map and are only secured with barrier tapes. There are also some free places where something is missing
For those who want to play in multiplayer there are three construction sites on the map and there are also some forest areas on the map
There are currently three points of sale on the map, the BGA can be bought and there is also a small Lucerne field.

Version 1.2.0 final
new trains at the port upstairs at the coal factory there at the train station are now three trains around the map, one for diesel then one for crop protection and liquid fertilizer
traffic pedestrians involved
then the cowshed and pigsty converted to manureSystem
slurry storage installed
new road and new rail network
new unloading points at the train station shop (diesel and fertilizer and crop protection were installed)
Fruit system adjusted
Season adjusted
Floor angle adjusted
poplar taken out
lavender customized

Change log 1.1.0.0
fixed some bugs
decoration finished
so times the missing products entered in the shops
then a new pipe was installed on the Rafi for the output of AdBlue so that you now have two outputs once for Diesel and AdBlue
then corrected errors in the language file
then adjusted the grass fields and lucerne fields and clover fields
Slaughterhouse and furniture plant put into operation
a new trailer can now be found in the shop that can drive the ponies and horses
so then for season players
Compost texture adapted to the fields
Season was adjusted again Biesel and you don’t need a geo because our geo is in the map

Version 1.0.0
What has changed since the beta:
Seasons ready.
Productions: equipped with GC and some new buildings that are not yet on it will be followed by two or three more.
New grass area installed for mowing
Alfalfa and clover fields expanded
Decoration finished so far
Compost can now be used in the field as a fertilizer step.
Lime storage combined with compost storage
Silos in the animals equipped with CG as storage so that the ads are now also 100,000 stored. The display will also start, if you cut it again after 100 000 +50 000, the 50 000 will only be displayed when the 100,000 are stored in the out aisle area
AdBlue installed so that you only the mod. needs to insert