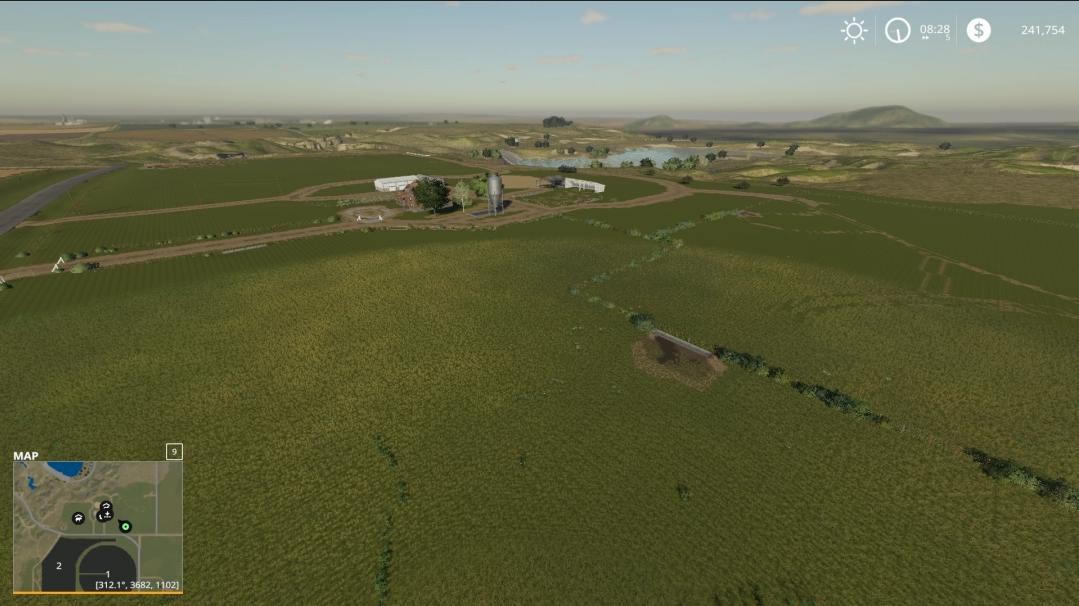 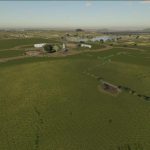 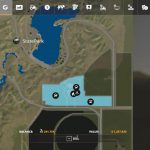 Welcome to the panhandle of Texas. Been a bit since i been on here. been hard at work correcting bugs and mistakes on my part that I forgot about. Well not really bugs but stuff that wasn’t really intended. Like the silage texture coming out of tippers as cotton haha some minor stuff. This update really isn’t all that minor though i got a few more nice features added to the map with a bit more details that I will run down and sort out.

Fixed Issues:
Silage texture coming out as cotton in tippers/buckets

Precision Farming’s: soil map is now set in the correct gdm file size within the maps folder.
Texture glitches . I’m sure that’s why there would be weird texture glitches at some points in the map. Testing I haven’t noticed anymore issues and am considering it fixed. In general you should see a performance increase

Landscaping/Paintable grass. Will now only be put down if its a grass texture
compatibility with other mods. I lowered the mass of all fill types to there default values other than the ones that is obvious. Like potato’s and sugar beets wouldn’t have less mass per liter as corn wheat and so on.
Custom animal pens/pastures (excluding dairy). All pens have increased in capacity with animals as well all manure heaps has been moved outside of the pastures (animal pens). Visible animals that disappear in the ground as far as i can tell. That has been fixed.
Fertilizer/lime textures is now both set right for both products.
Ethanol Plant. is fixed to where it will produce to about what is given.
Meat Factory: Now has 2 individual loading docks. 1 for pigs 1 for the cows. This is to keep from exploiting the economy from pigs in general. “note” This factory is built for seasons and is not intended for base game use. Earnings will be cut if you try and use it without seasons.
Improvements: New textures for corn, soybeans, sunflowers, and bushes. Sunflowers in general have completely new textures. Improved ground textures. “Note” the bushes textures are only noticeable with seasons. They will change with the the seasons.
season snow contracts are available
All gas prices has been lowered to the non taxable diesel price. Its gonna be cheap as compared to what it was. There is a reason why i had it like that but I’m not gonna give there story behind it here.
Lime station cost lowered to the base game value
Property Taxes. Each individual field/land has a daily cost to them
All items/buildings have the correct daily cost given to them as to the default specs of farm houses, deco’s, misc silos etc. Unless by means its a ranch house or any of the fancier buildings. “note” there is custom grain bins in the map but they follow the same 200,000 by 60 a day charge. A lot of them bins hold way way more than 200,000. Keep that in mind. This is considered with all animal pens as well. This is just to give a more realistic feel about things. We all know we don’t go through life paying nothing in life outside the lines of vehicle cost.
Older field pivots. The older pivot systems I’m gonna abandon and has been removed from the map. They was taking way to long to implement and there just way to buggy for me to mess with. The fields with these pivots are in forms of squares by popular demand well not entirely square.

Final thoughts and recommendations: I highly recommend playing with seasons in the map. The map is built for it. Use the animals don’t go into the map just thinking arable farming. The map is built for them to go together. There’s not a lot of money to be gained from just arable farming. If trying to do just arable farming you need to get into crops such as cotton, soybeans, potato, sugar beets. Not to let off on secrets or anything but sugar beet is the way to go. In general I intend the map to be a strategic. Feedback from people is greatly appreciated and I’m aware of how green the map looks compared to real life of the panhandle of Texas. grass is my main project right now but its gonna be awhile till I’m even able to get it implemented in the map. Best way I can say is if I made the grass look really short dense and dry then it looks completely off once cut. There has to be a balance and i will work on such things going forward. Thinks that about all in terms as to what has changed or what i can think of. There’s just a lot going on in the map hard to keep up with. In all I hope everyone enjoys!

“Note” to server owners. I raised the script (animalLimitIncreaser.lua) to hold more animals to 65. I don’t recommend by means of using that total amount. Its there to give people options. I recommend using what’s in the map already. In terms of things i gave out 5 to each individual farms.

Updating: This map is not compatible with any old save game. If updating it requires a new save game

Models and the scripts in the map is not mine such as the ethanol plant nor the meat factory. I will give out the proper credits to them folk’s down below as to assets i used from that particular map or script. Keep in mind I don’t know if its that persons model or not. If I missed somebody it wasn’t done by bad intentions.
Danjelmc, ccs101, Farmer Andy, Daze Farms, Taylor Farms, KS Mapping, DrtyDiesel Modding, GtX | Andy, modelleicher, Ifko[nator, reallogger, Farmer_Schubi, Daniel (Desperados93) W. / GIANTS Software GmbH, by igor29381, Sven777b Mappers Paradise/The Subbie