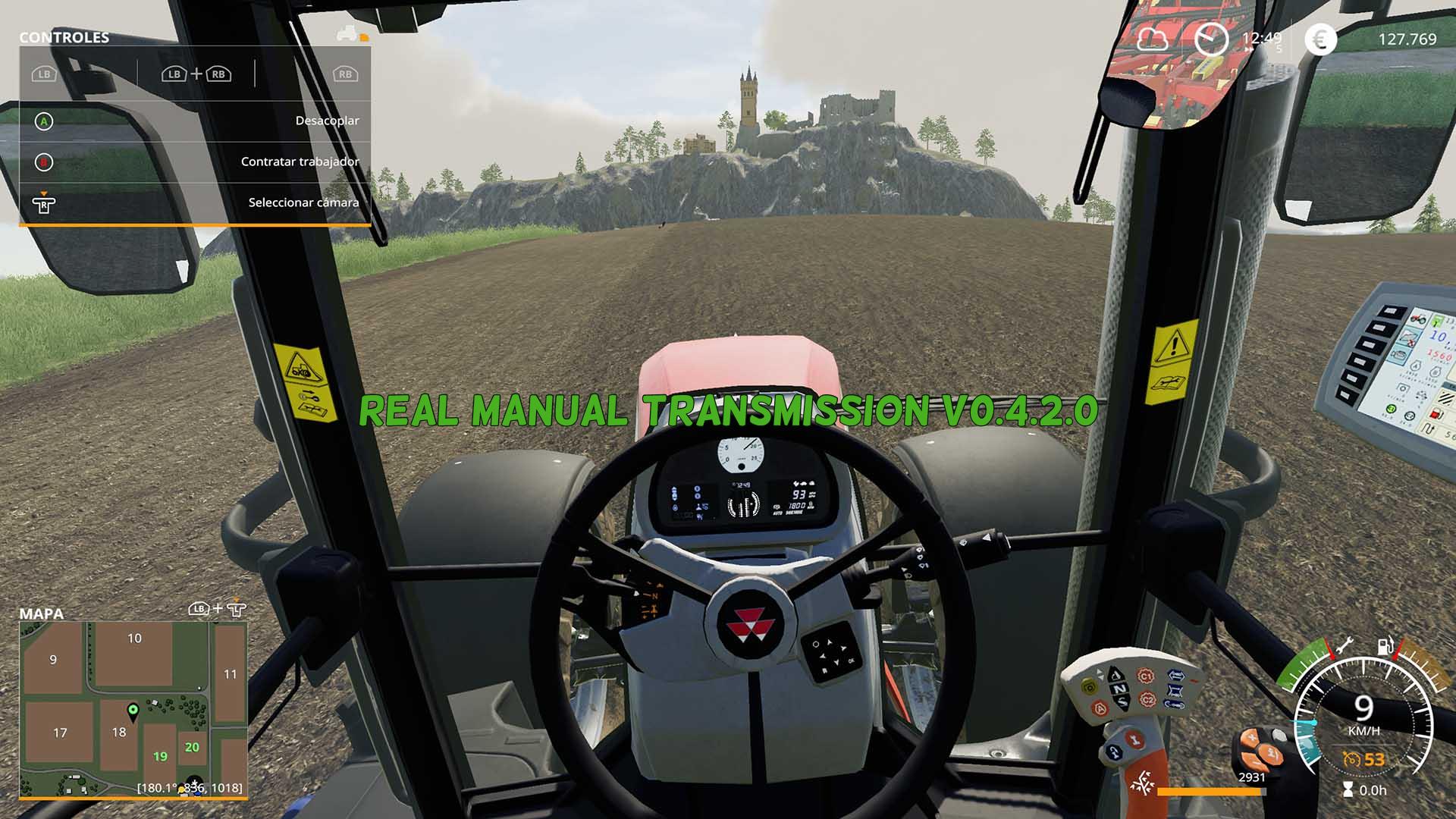 This is a manual Gearbox/Transmission mod for FS19.

It is not a conversion of GearboxAddon, its an entirely new mod. It has less features than GearboxAddon, its also (for now) just for simulating manual transmissions, not for automatics or CVTs. It also lacks a lot of the physics improvements Gearbox Addon had. This is basically Giants Physics with the addition of Gears. I don’t know physics or scripting enough to create anything more than that, also it seems that FS19 is even more restricted as to what you can actually change or influence. Doesn’t mean this Mod isn’t still a lot of fun.. 🙂 Basic Features (as of right now):

manual (analog) or automatic clutch (This means you can play it with Keyboard, Controller, Steering Wheel and so on)
gears (obviously)
up to 3 different rangeSets
reverser/shuttle
powershiftable ranges and gears