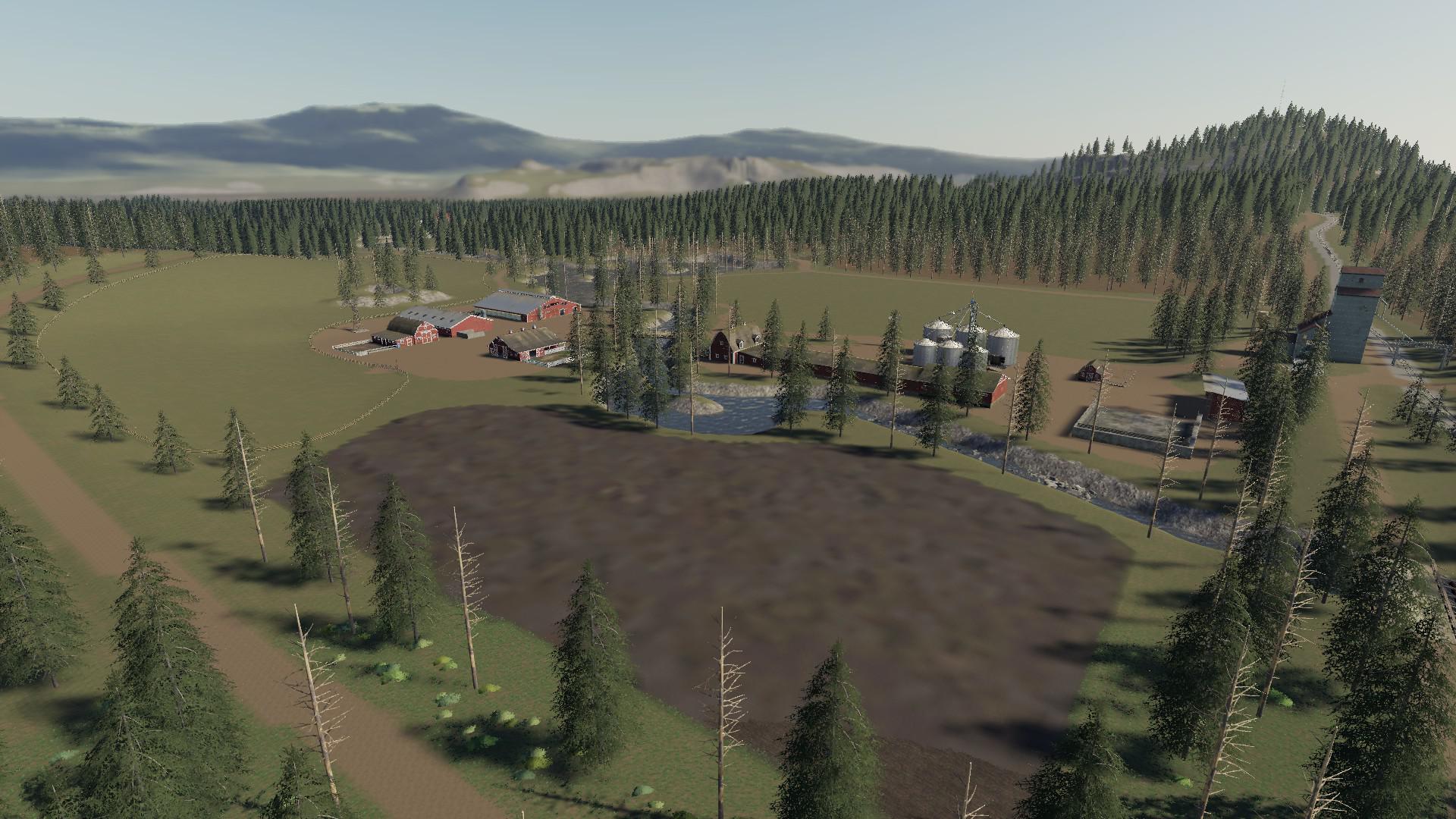 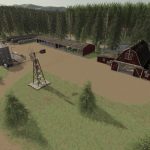 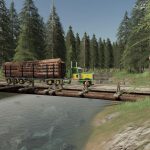 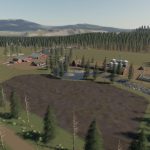 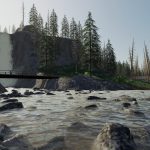 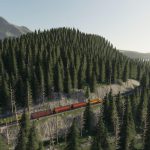 Yukon River Valley is a 16X map with mining and production. The map is based in the Yukon Territory of Canada so gold mining is the focus. Other than gold mining you got dirt processing plants, crude oil, coal, steel, concrete, limestone, paper, pallet, potato, and whiskey production. There are five sawmills located around the map as well for all the loggers out there.
The map will have 12 fields located between three different farm areas. The farm areas are empty of buildings allowing the player to create there farms using placeables. With the map being a 16X map there are many areas that you can create your own farm and fields. Let you imagination create your dream farm.
This download will also include most of the production in the map as a placeable. This will allow players to create there own production areas around the map.
With there being a lot of production on the map with little direction I recommend players to watch a walkthrough of the map. The video is a hour long, but goes into great detail about how everything works. You can watch Video Using this link or in videos above.

Changelog:
V1.1
-Rework of washplant and added new washplant to claim area
-All placeables except farm building will now be owned by whoever buys the farmland
-Replaced stone with tailings and paydirt with concentrate. Concentrate is now a pallet produced at washplant sluiceboxes.
-Made washplant a placeable mod.
-Updated PDA with icons for easier navagation
-Added fuel placeable and tanker trailer to fill washplant and gold processer. In game trailer wont work
-Made all filltypes more dense so heaps at dirt processing plants can be much larger.
-Fixed coal mine where players could not grab material.
-Removed floating mine
-A lot of minor fixes to terrain and foilage painting of map.
-Updated selling station placeable for all products on made.

–Honor Realism– That’s me the creator

–Stevie Mods– Want to thank stevie for all his hard work on making maps especially Beaver Creek.
Back in fs17 Stevie released Beaver Creek and I fell in love with it and decided to use it as a base
map for editing. I did a complete overhaul of map in 17 to my style of farming with removing of trees
to make fields and adding of a Mountain. Once 19 came out I knew I wanted to bring my edit of Beaver Creek over to 19 from 17.I made base map using the in game map Felsbroun and brought my edited terrain over to it. I than made Beaver Creek into a 4x map and eventually into a 16x map. I also decided to add mining to map and by doing this I decided to change name from Beaver Creek to Yukon River Valley to better fit the map. At this time with almost three years of editing terrain and expanding map only resemblance of the original Beaver Creek from Stevie is the small brook that runs through the farm area. Again want to thank stevie for this and give him some credit for the making of the Orgianl Beaver Creek that gave me inspiration to make Yukon River Valley.

–Dajnet– Want to thank Dave for his videos on youtube to teach me how to add filltypes and fruit types to map. I also used his new PV County map for some filltypes I am using in Yukon Valley.

–ShyWizard– Want to thank ShyWizard for his tutorials on Youtube which help me get this map to where it is.

–CCT547– Want to thank Eric for all the great ideas and help on brainstorming some errors along the way.