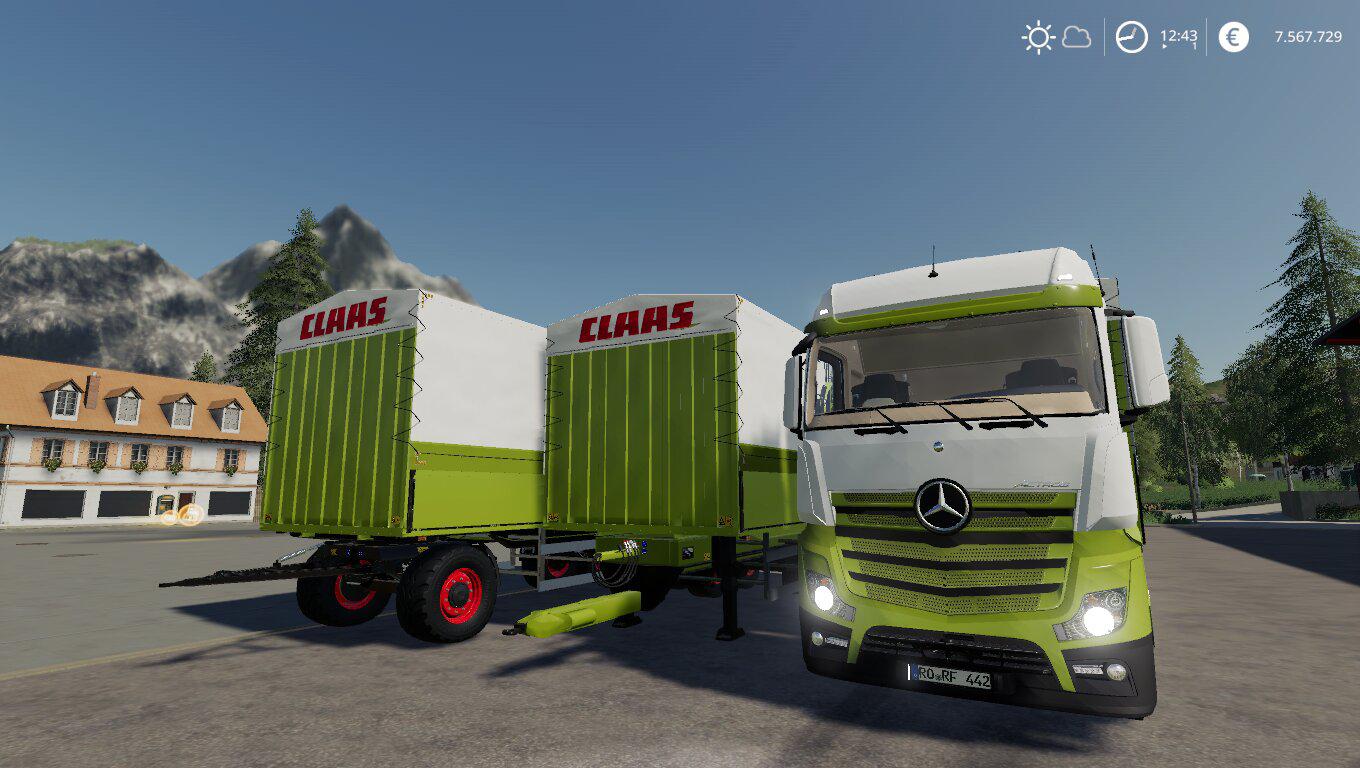 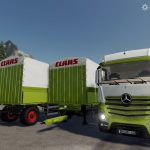 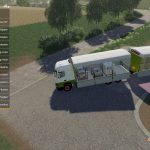 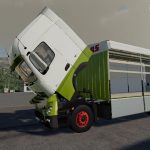 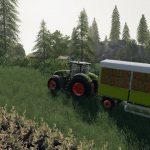 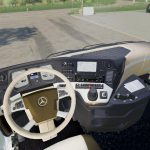 The heart of the package is the MERCEDES-BENZ ACTROS MP4 with tarpaulin structure.
It is completely animated and is reliably controlled by models via “SimpleIC”.
Doors, window panes, sun visors, armrests and the like. much more.
The tarpaulin structure is also animated. Get out and fold, open tarpaulin, remove bow and so on other.
The third axis can be raised and lowered.
The Mercedes has the AutoLoad function. It can independently load and unload square and round bales, pallets and egg boxes and cotton packages. Also with the forklift or similar. it can be loaded. (Warning: the drop sides have a collision)
There are different engine variants, 2 tire sets, and free choice of color for the rims.
This included 2 trailers: a KOTTE tandem axle and a KRÖGER turntable trailer. Both have the tarpaulin structure and the AutoLoad function. They are animated, but via buttons, because SimpleIC only works with “self-drivers”.
Now have fun with the package

Version 1.0.1
Change log:
– Mercedes-Benz ACTROS MP4: The number of horsepower of the engine configuration is now shown in the shop
– The collisions on the trailers have been enlarged so that they should no longer get caught on the side wall collisions
– Fixed log errors
– The AttacherJoint realigned for the Kröger trailer