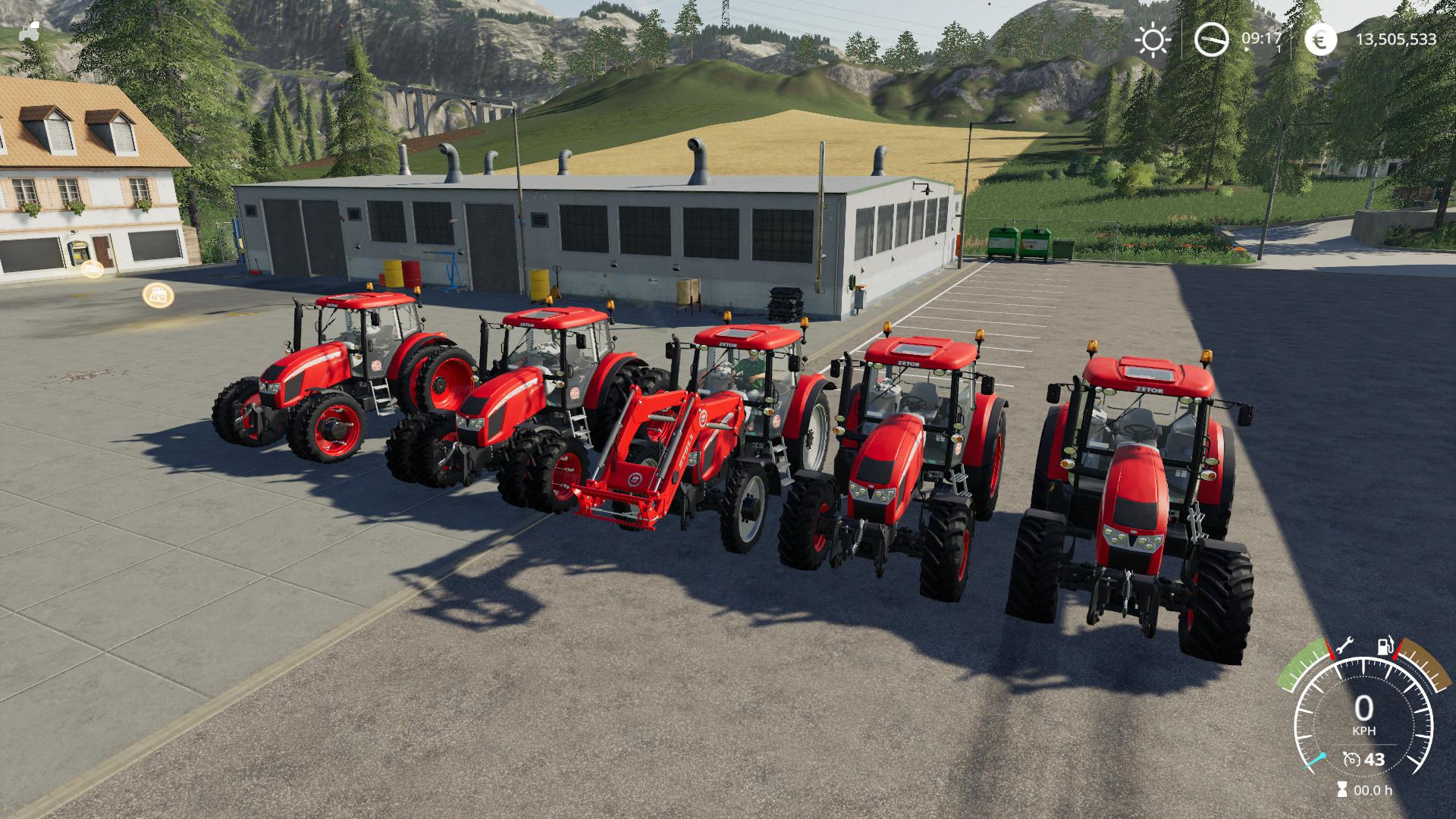 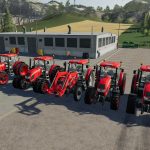 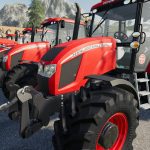 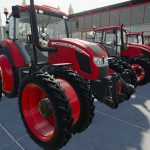 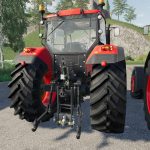 This mod is created by direct using the original model from FS17. This allowed me to achieve the features I was looking for:
FS19 Specifications:
– Real engine sounds from FS17
– Real working front suspension! It took quite a lot of time to do it, but finally it is done!
– Animated trailer hitches. When using one hitch the other disappear. When attaching trailer to front trailer hitch the front three point hitch arms and top link disappear as well.
– Added choice of engines: Forterra HD 130 and Forterra HD 150. The decals on the bonnet are changing accordingly.
– Tire configurations: standard, wide (standard in FS17),twin, narrow, twin narrow
– Front loader configuration

Special credits to GIANTS for the i3d model and to Slava_102Rus for the lights.

Changelog:
In V2.0 was made a complete rebuild of the tractor with the following features:
– Design configuration – standard, front weight, front loader
– Rear wheel weights
– Interactive controls – hood, doors, roof hatch, side windows and back window. To activate the IC control switch to cab camera, press and hold SPACE while activating the markers with the mouse

V 1.3:
– Added animation of the pedals and the gear lever
– Front hubs size was reduced to look more realistic
– Fixed issue with overlaping icons in the cab when lights are on due to the emissive map
– Few other minor fixes

V 1.2:
– Cab suspension
– Seat suspension
– Hood and side panel illumination when lights are on
– Working front and rear wipers

In version 1.1 a few small issues were fixed. They were not causing any errors or warnings in the log, but were visible in the game. You can replace the version 1.0 with version 1.1 in your mods folder – this will not impact your savegame. So, what has been changed:
V 1.1:
– In-store engine choice: In V1.0 when purchasing Forterra HD 150 you were actualy getting the desired engine power but this was not visible in the store, because the indicated power on the information bar was not changing from 127 HP to 147 HP. In version 1.1 this is fixed.
– Front right fender end rotation: In V1.0 the right fender was rotating till the end wheel rotation when steering to the right. In version 1.1 this issue is fixed and now the fender stops its rotation at some point while the wheel continue to steer.