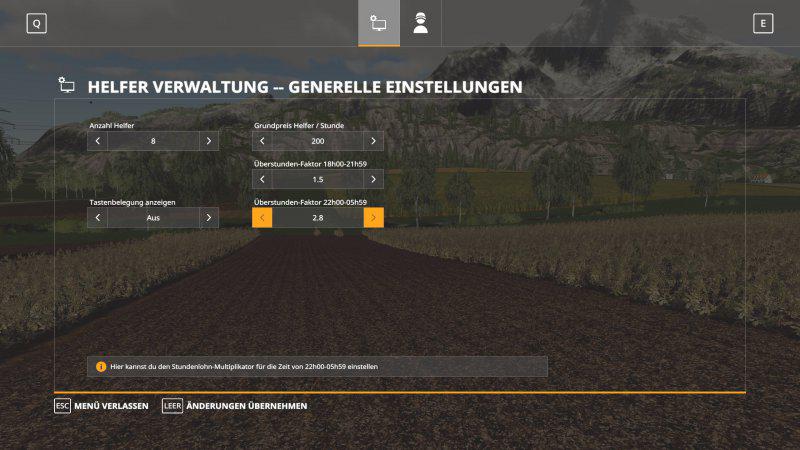 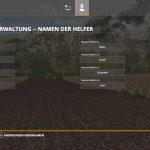 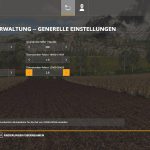 Allows to customize the number, name and cost of the helper

known restrictions:
– At the moment this mod is only available in singleplayer (multiplayer support is planned)
– Unfortunately, the gender of the helpers at the moment does not always fit the name, because the game character generation of the helper by Giants can not be intervened at the moment … but that is “only” a visual blemish.

Version 1.0.1
Spanish translation (Thanks to Vanquish81)