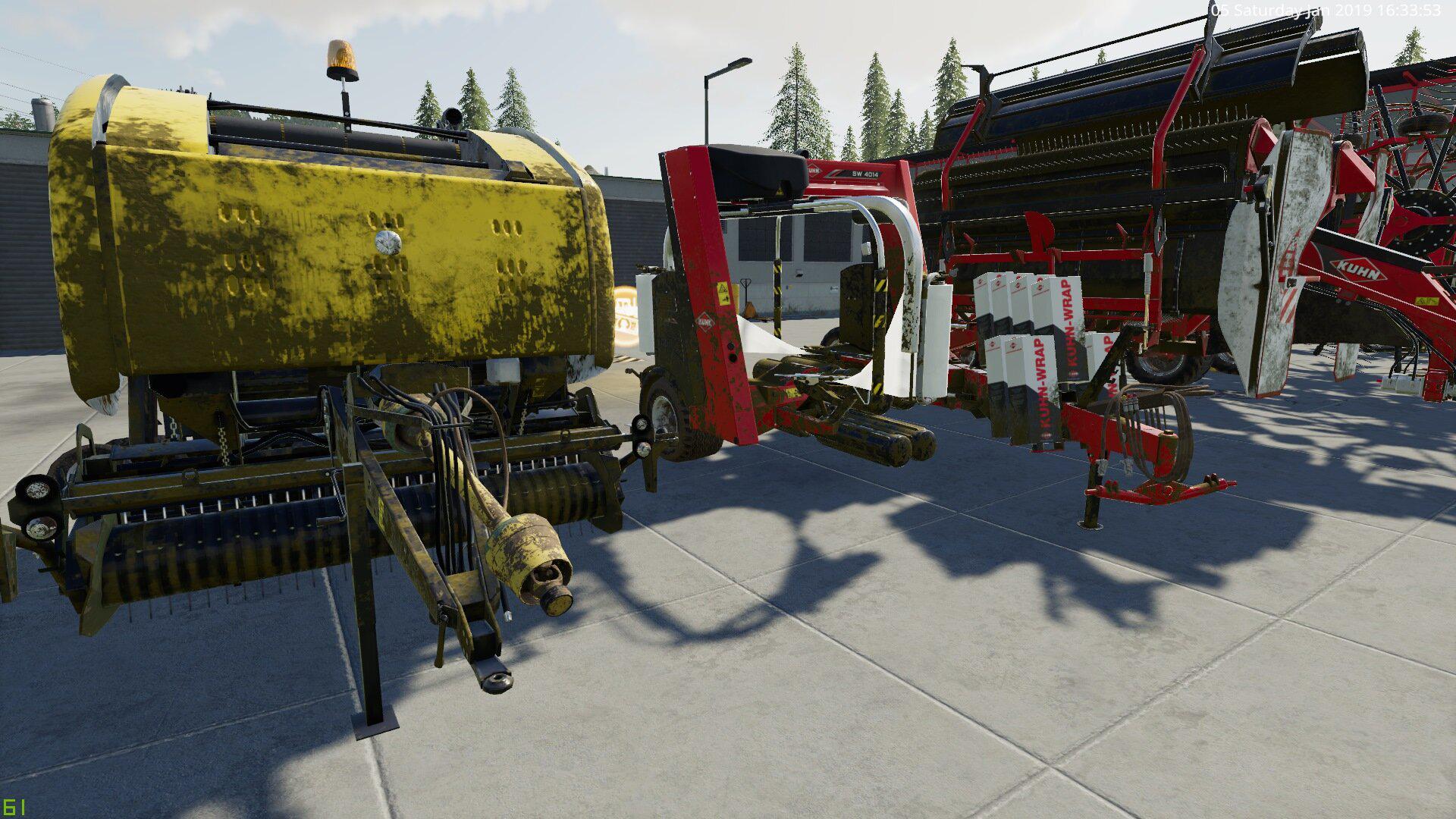 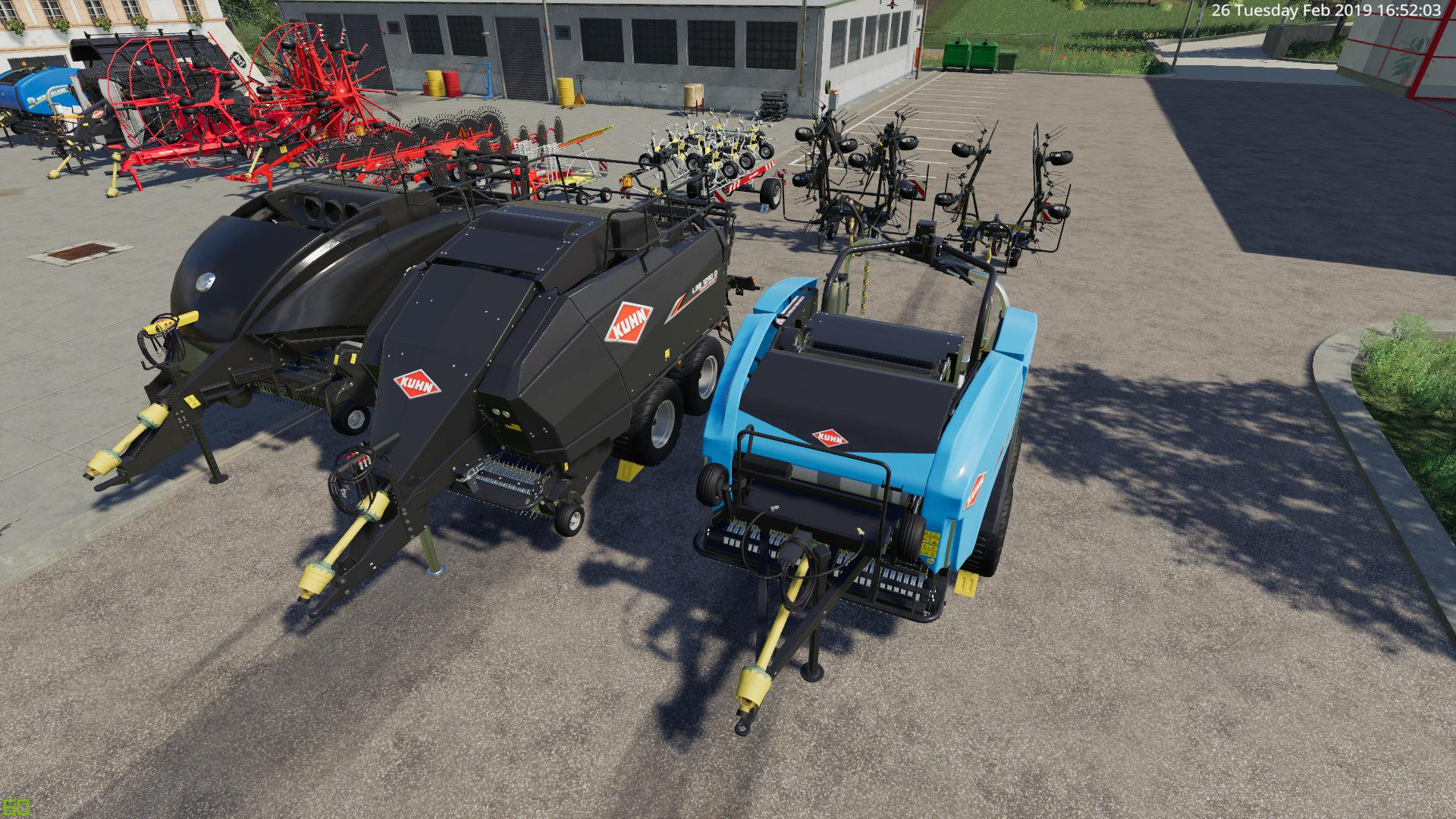 So nice people.
On all devices the Dirtfarbe was made a little brighter. In addition all devices got a color choice for the rims (thus the wheel hubs are now always black.) Fits so better.), As well as color choice for the body, all in mark-specific colors.
Furthermore, I have connected to all devices Connecting Hoses, in coupled and disconnected state with brackets, which can also be colored.
The chocks were also changed.
When Pöttinger hit the support foot was fixed so that it finally fulfills a function and not as in the original simply falls to the ground.
Also added are PTOs for the devices, where they were not visible in the disconnected state.

The Vicon Wender was also fixed the support foot and should no longer sink into the ground.

The biggest challenge was the Kuhn Wender, which now has a ground adjustment. Despite all attempts this is not perfect, but I want to bring the pack out now, because I do not know if Giants fixes all this in the following patch itself or not and I can not see the whole pack anymore.

Possibly. there is an update to the pack where the Kuhn is then improved, but that depends on how it all fits in time and if that is feasible at all.
With the New Holland Big Baler press you can also choose which decals you want, whether white, black, transparent or original.