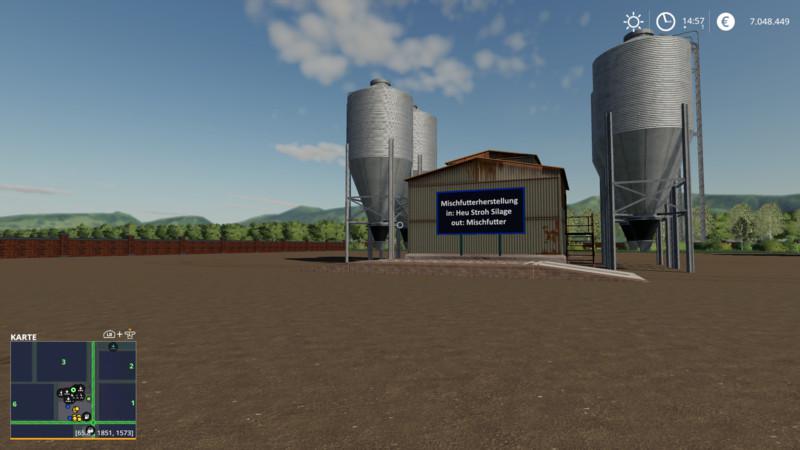 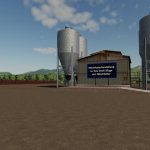 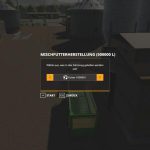 This is a placeable TMR production!

From 25 straw, 25% hay and 50% silage is compound feed for cows.
The straw, hay and silage can also be removed again, as long as compound feed has not become.

The compound feed production can be found under placeable objects -> silos.

The script is a new development for the LS19 and now also extended by several filltypes per raw material
and also a second and third raw material as well as a percentage distribution.

The script generates some hints in the log, eg current levels of compound feed production.
It is not Errormmeldungen but information.