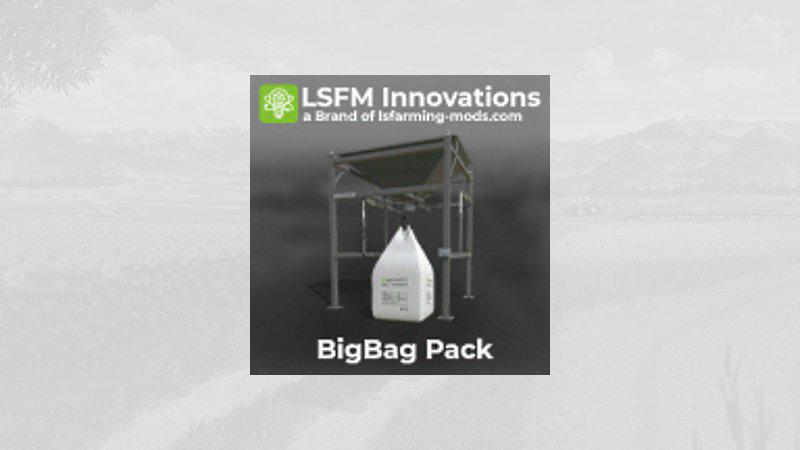 Description:
With this pack you can fill your own BigBags or buy filled BigBags in the shop.

The BigBag filler, also called BigBag Max, is transportable and has to be attached with a telescopic loader hook. To do this, you simply move the telescopic loader hook over the BigBag filler until the message about coupling appears. Only then do the chains become visible.
The oscillation range of the chains has been limited for better handling. To operate the bottler you first have to enter it and activate the BigBag creation. The funnel is intended to be filled with a shovel.

Note:
Due to triggers, interference can occur if something placeable is nearby or if you have a device above the filling opening.

Included in the pack:

BigBag filler
BigBag Lifter for transporting the BigBags
Various dynamic BigBags with standard fill types, these can be bought in the shop
Telescopic handler hook