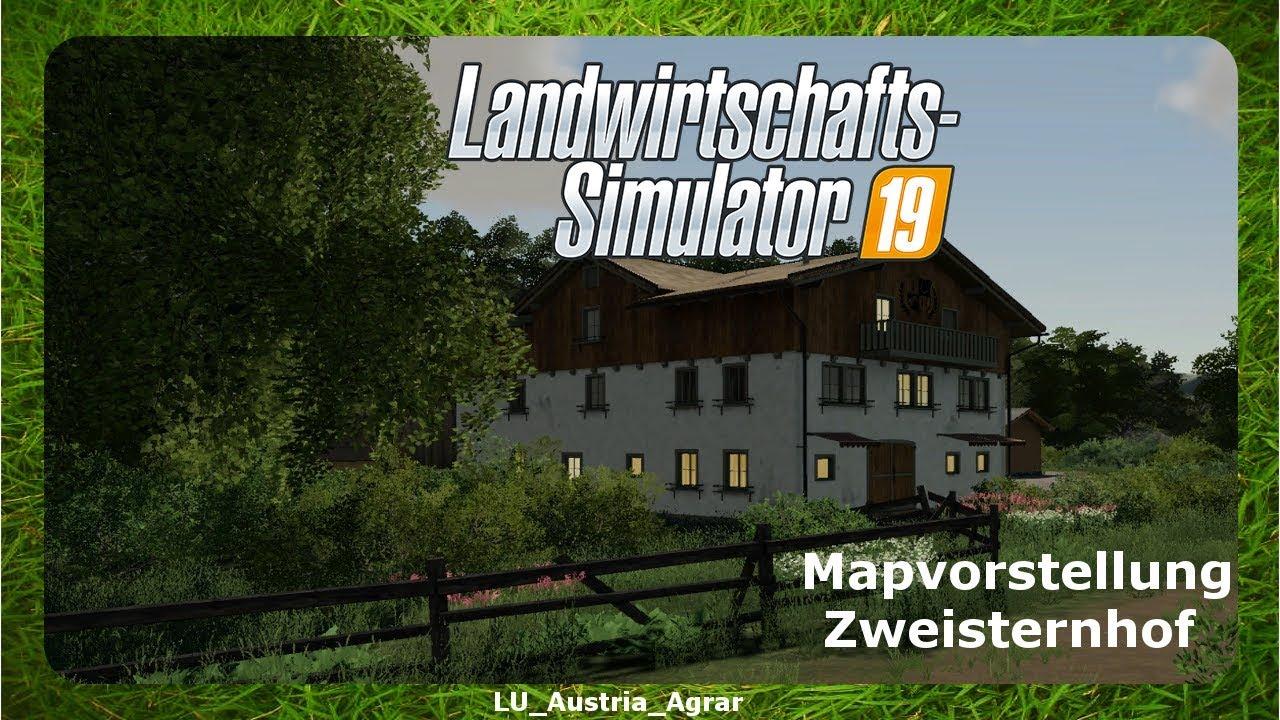 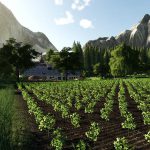 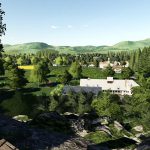 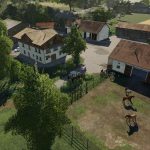 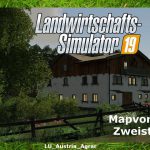 Version Zweisternhof_GP
I once installed objects from the building pack of BernieSCS with the GE on the “Zweisternhof”. All items from this pack are also going to sell again.
The horse stable can be found at the horse farm, which I have ettwas expanded.
This map is aimed at users who do not want to build awkward on the farm but want to start right away (like from the last LS games) on a real farm.

It is a new score necessary!
The mod “MW_PLACEABLE_HOF” (included in the download) must be in the modfolder !!!
Unpack file absolutely!
Thanks a lot to BernieSCS for this great pack!

I would like to introduce you to the “Zweisternhof”. It is a conversion of my “Oberlausitz” from LS17. I decided to do that purely for personal reasons. I just wanted to escape this “modular system”.

From the beginning you have a fully equipped yard with all animals (except chickens). So for all users who like to play with a fairly well designed courtyard. For users who rather want to play the standard of Giants, I publish the “miniature farm” without a prepared yard. Both maps are identical except for the main courtyard (Hof1). Furthermore, own courts can be created on the areas marked with courtyard 2 and courtyard 3.

I deliberately chose buildings from both standard maps. First, because Giants has done at least in this area a good job and secondly, I do not want to have the partly still from LS11 building. Third, these are the only buildings that fit the (in my opinion missed) placeable stables.

On the map all LS19 standards are available:
3 courtyards
3 outlets
1 BGA
6 meadows
21 fields
2 small villages
Forests around the trees
Now I can only wish a lot of fun.
RitchiF
As always, I’d like to thank Team Wee5t (especially Diego and Percy), Manu09, Redkeinstus for Farmlands Help and McBee.

Changelog:
v1.1:
– Fixed vehicle shop, it is now possible to buy large devices
– Sheep pasture added by MW_PLACEABLE_HOF, but only works with new Savegame.
With existing Savegame simply sell old sheepfold and place the new in the same place.
MW_PLACEABLE_HOF in the final version 1.3 attached (slightly adapted from me – in the barn (Heyloft) can now also grass, silage, pig feed u.v.m. be stored.