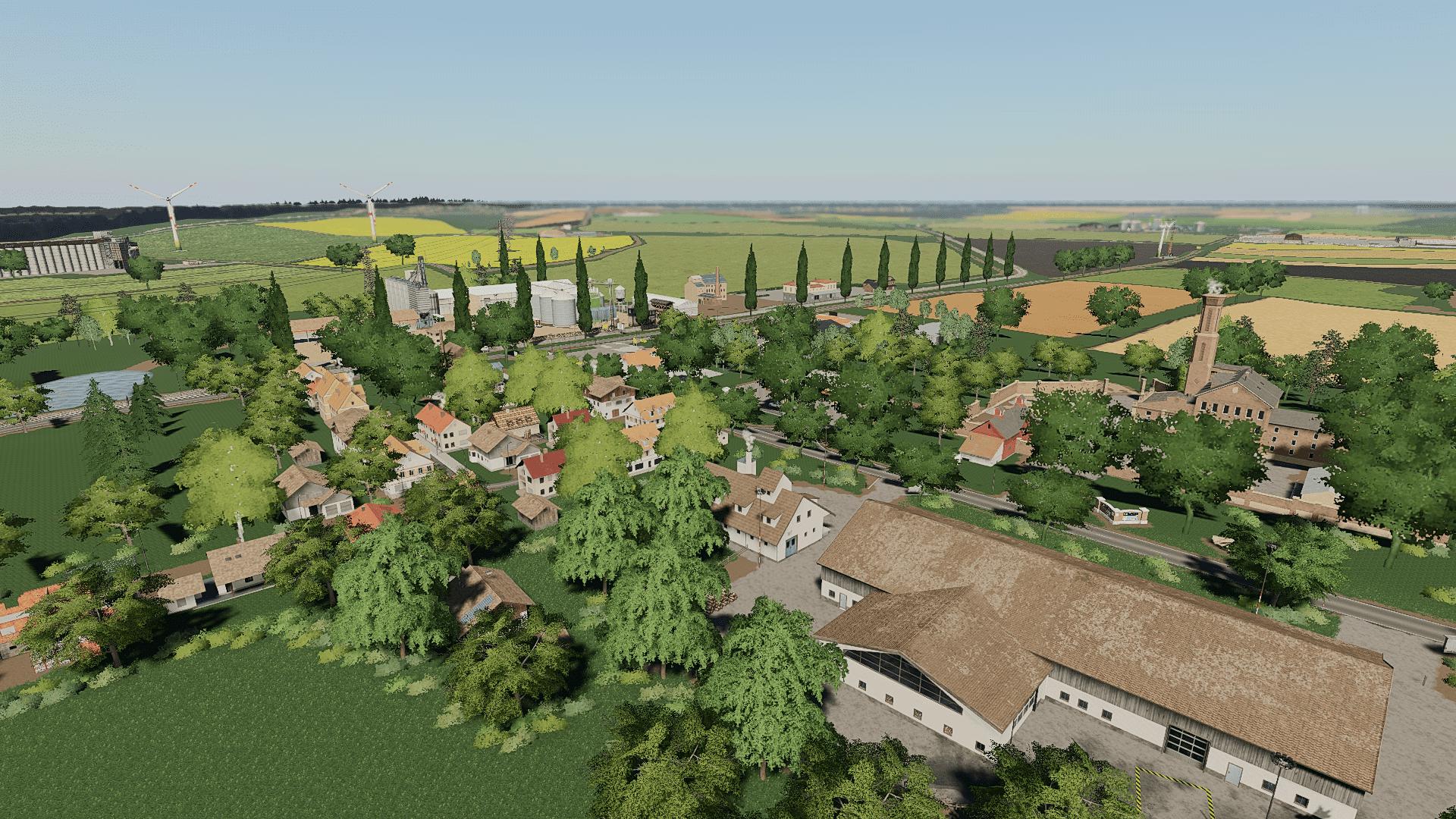 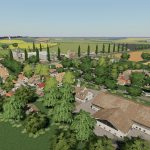 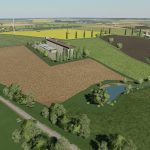 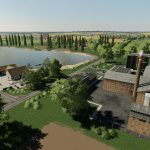 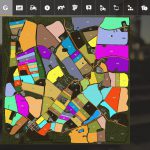 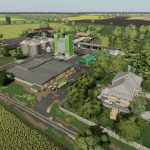 Hello, everyone. The Tymonkowo farm is a fictional map of size x4. The map is based on the map from fs17 Sued_Thueringen_by_SuedOst on which I spent many hours of the game. I used its potential to create a map of Tymonkowo. Everyone who has played on this map will surely recognize the characteristic places. I hope that the map will appeal to many farmers, just a simple map with many cool features and fourteen additional crops (multifruit).
The whole map is a collection of elements and objects made by the moderation community that I used to build the map. A special thanks to BERNIESCS and RichiF for the multitude of magnificent buildings and structures for the FS19. On the map we have nine functional farms ranging from small to very large, in the style of a private farm. Modern starter machines, a lot of silos for storing products. In the map there are also objects that we will buy in the shop like silage silos rotated 360 degrees (so we can set how it suits us) I’ll add that in the silos we can also unload clover and alfalfa, which are added to the map. The attic (buy-in bales) accepts both our bales and straw, hay, husks (chopped straw), clover, grass and alfalfa loose of course without season-mod.
Warehouses for slurry or manure, we can sell these products but also store them. Railway silos are used for storage and handling of goods. There is also a railway sales point directly from the wagons at the main transshipment station in Tymonka, at each silo we have ramps from which we can use to transport machines on wagons for our farm. Transporting machines and vehicles by rail is useful because we don’t have to rush through the whole map with the purchased tractor or machine, in many cases we have closer to the farm unloading ramp than from the shop and we can deliver it more conveniently. The map is very large, so there is a lot of space for own development, to build production facilities such as sugar, butter, flour, yoghurt, meat, beer, greenhouse products or alcohol. We have four buyers on the map who buy such fancy products from us on pallets.
Transport missions well paid. Each farm will be fully functional after the purchase of the plot it stands on. We have nine fully functional farms, from breeding to normal without livestock, from small to very large. For the start we have the largest title farm located in the central part of the map with small and large fields and a lot of agricultural machinery for the start. If you do not like it, you can sell the machine and replace it at your own discretion. Unfortunately, we will not sell the buildings, but we can always change our residence by selling our property and buying another piece of land. The map offers everything the FS19 offers and maybe a little more. I wish you success on the map of Tymonkowo. Many thanks to the whole moderation scene for improving FS and its development.

Changelog:
Tymonkowo V.2.0.0.0.
Map updated to V.2.0. Fully compatible with:
– season V.1.2.0.0.
– Maize Plus V.1.3
– Maize Plus CCm Extension
– Maize Plus Forage Extension
– Addon Straw Hervest
Many farmers asked for this and waited for this version.
Nutritional aspects have developed very strongly in truth we won’t make clover or alfalfa silage directly, but additional modifications like fermenters of these products will make it easier for us. Wish you success on Tymonkowo, now with the season-mod game has become really difficult and demanding only for hardcore farmers.
The second link is to the modified Maize Plus for the Tymonkowo map to make more use of the productions on this map.

Update Tymonkowo V.1.2.0.0:
– the disappearing forests have been repaired (all old trees from the previous converted map have been replaced)
– the farmland has been improved
– collisions to silage silos and walls have been added so that they do not flow through walls during unloading
– 14 new ground textures have been added
– animated animals have been added at animal traders
– snow mask has been added for railway lines
– ramp at Tymonkowo has been added for the second railway line
– shopping area at the shop has been enlarged for better manoeuvring
– a few minor errors in displaying objects on the map have been fixed
– trailers for animal transport at animal traders have been added (remember to return them if you borrow them).
The map is compatible with the V.1.2.0.0 , add a mod (fleece) for poplars to display correctly.
RM SEASONS PLUS POPLAR V1.2
Unfortunately, due to big changes the game save will work, but not everything will be displayed, especially the stand. It is recommended to start a new game.

Thanks for
-Luki eL
-Mr817Robson oraz całego teamu Toxin
-Prezesa
for selflessly testing the map and contributing to its development, I would have drowned without you.