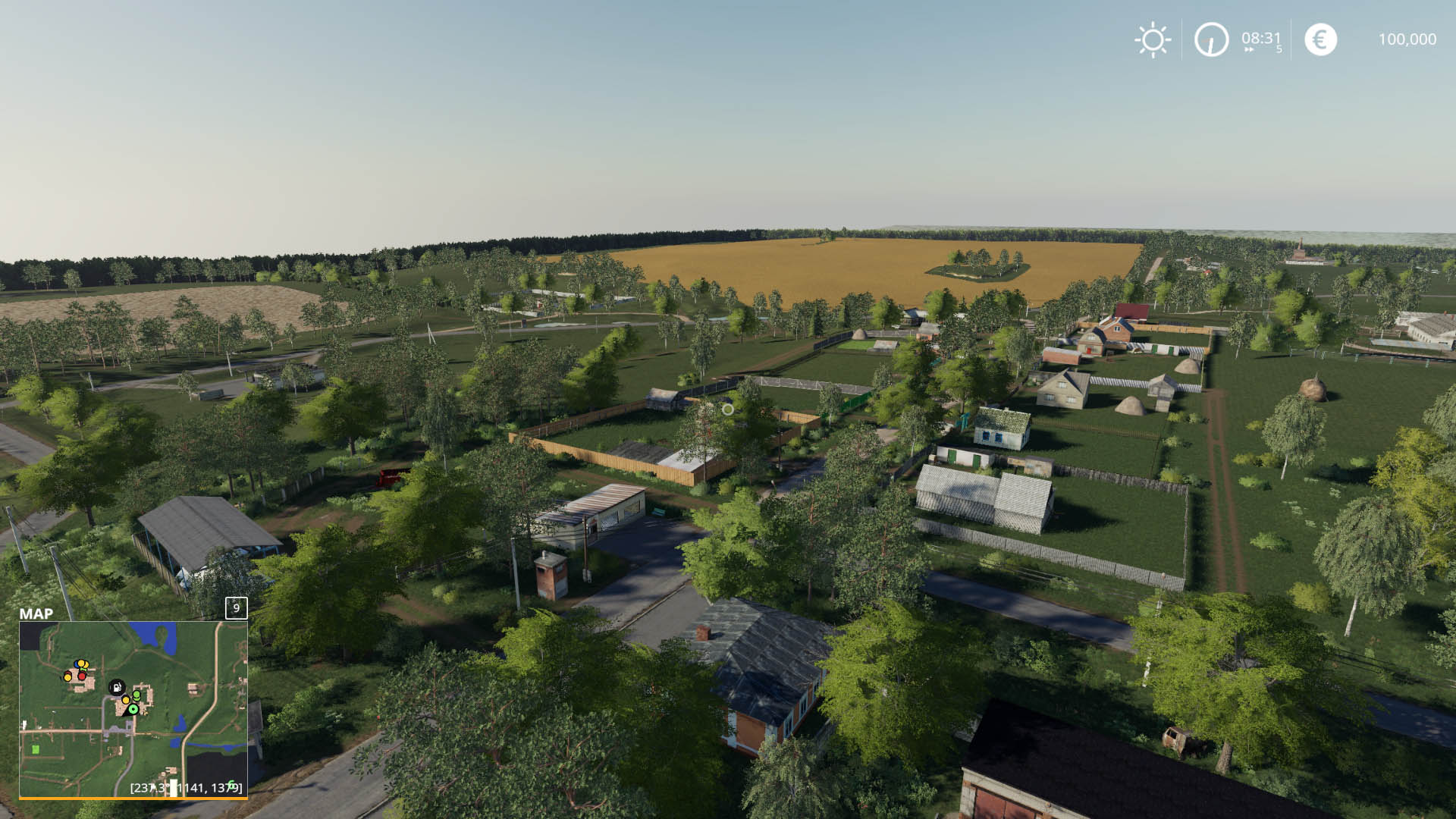 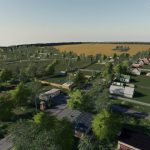 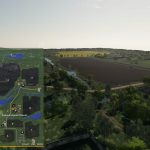 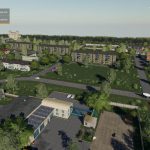 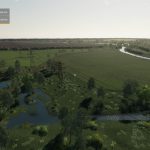 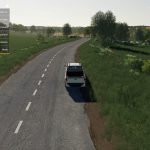 Version 2.4:
1. fixed tigger on the elevator
2. minor fixes
3. lived almost all gates at the base
4. forced to move (miserable) bushes around the fields

Version 2.6.1: update for those who are annoyed by the water on the map, adapted to the mod season!
Now without fashion seasons you will sink

Update to version 2.7.6 New stable point of sale, new farm. In a word, the map of the Farm “Dawn” for Farming Simulator 2019 has become even better and more stable. We wish you an exciting game and new achievements!

Changes v2.8.0.0: – The base is slightly redone, as well as parking for equipment; – The central street in front of the base has been redone. Various objects added; – Redesigned grain storage. The grain unloading point has been moved; now it is a passage; – The building where fertilizer and feed production is located is increased by 30%, the unloading points are also increased; – The starting set of equipment has been slightly replaced; – Redone storage for lime; – Now, at the start, the player owns the field number 6. Also, the field itself is slightly modified; – Reworked some country roads; – Redesigned mask for seasons mod; – Fixed various bugs; – Made a little optimization; – Redesigned field number 8, now it is rectangular and divided into three small fields that can be combined into one; – Completely redone the road to field number 8; – Changed the cost of some sites; – Redid the barn.