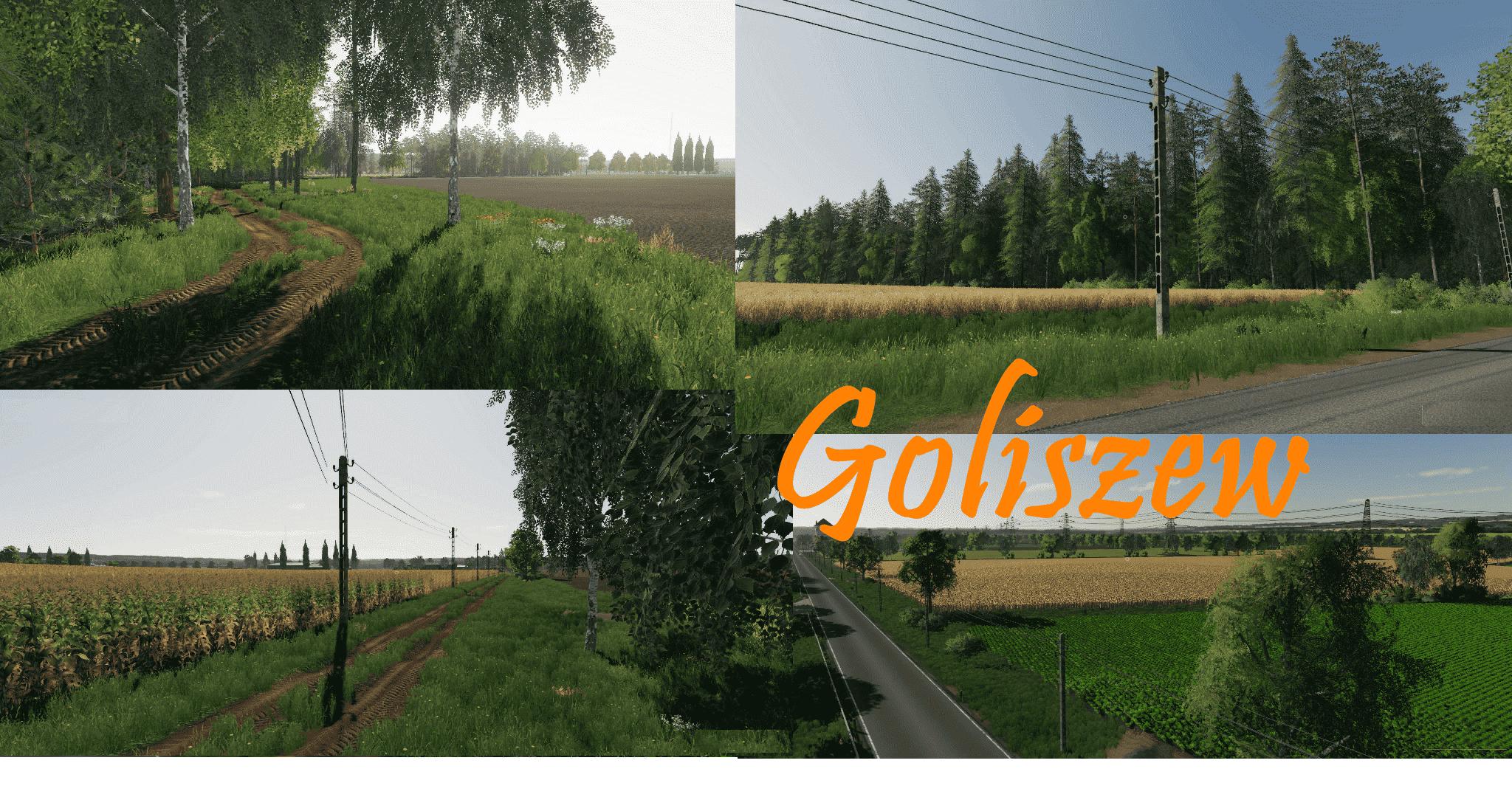 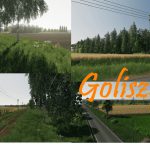 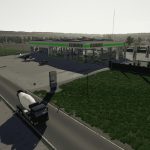 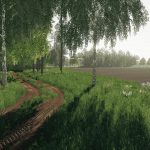 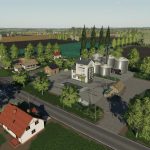 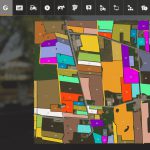 Goliszew
Log clear without errors, there are a few warnings about mods on the map.
What’s changed?
-Four seasons of the year
-cool terrain
-additional crops, rye, sorghum, clover, alfalfa, triticale, spelt, onion, carrot, fodder grass (sudan Grass)
-Cotton and sugar cane are not grown here
-alfalfa, clover, sudangrass it is worth to sow these plants because although they are for only one harvest they give a high yield of green mass and hay.
-102 lands to be bought, each separately
-84 configurable fields
-part of the buried ditches (for that we have a tool in the game to modify the terrain) some people forget.
-Five playable farms (full animation after land purchase)
-Initial farmstead, you’ll sell almost anything. There’ll be cash for whatever you want.
-pig, sheep and cow rearing in addition to separate purchases.
-You can make fun of the farm 3 henhouses (each with 400 hens).
-A lot of meadows to start with, you can accumulate a lot of fodder for winter.
-road and pedestrian traffic
-six wooded sites for lumberjacks
-Many mods in the map (buildings) 3 large mod-packs is a large choice for building your own farm
That’s why the map weighs 1. 6 GB.
-A varied dietary menu for pets (real feeds we use)
-farms unblocked only after purchase.
-sixteen points of sale, different products.
-Unfortunately, the fashion “Season”; thwarted the cultivation plans on the map a bit, it’s about the harvest of clover and alfalfa.
For this time, while mowing with mowers we will get green grass and hay, but in large quantities, so it is worth sowing.
These are all-seasonal crops, but thanks to the “season”; we collect them only once and that is why we have more of this feed.
-When harvesting clover and alfalfa with chaff cutters, we get chaff (chaff) green fodder for fresh feeding and silage, also in larger quantities.
-Sorghum seed as fodder, and chaff (green fodder)
-Modes: animalsClean,FS19PlaceAnywhe,FS19_animalLimitIncreaser,Added to the Map .
I guess that’s it. I wish you all a great time on the map. If you find any luminescent trees or playable errors, let us know.

Changelog:
Changes:
-Fixed known bugs indicated by players.
-Dynamic mud on field roads was added
-animated hop poles in several fields
Fixed:
-Lighting in farms, lamps no longer shine during the day
– gateway on the farm with horses
Remaining: Nevertheless fourteen additional crops: rye, spelt, triticale, millet, clover, lucerne, lettuce, cabbage, cabbage, tobacco, hops, onion, carrots, poppy seeds. Lucerne and clover for harvesting with mowers and choppers, as well as in bales and hay for animals. Durf the terrain at the request of many players. -a lot of land to build your own farm and production buildings.

Changes.
repaired silo for vegetables, beets, potatoes.
removed all scaled trees from fields that disturbed the game, no longer interfere with crops and combining fields.
removed unnecessary objects indicated by players
some other minor improvements have been made to the features on the map.

FS Goliszew V3.0 season
– Fixed all known bugs
– Additional crops have been added, now there are 14.
Rye, spelt, triticale, millet, clover, alfalfa, lettuce, cabbage, red cabbage, tobacco, hops, onion, carrot, poppy seed.
– Lucerne and clover for harvesting with mowers and choppers as well as in bales and hay.
– Pagged terrain at the request of many players.
– a lot of land for building your own farm and production buildings.

Yazu. The objects on the map come from maps:Felsbrunn,Hopfach,Niderbayern,Clover Creek,Belgique,Sued_ThueringenFS17,Suedhemmern_ls19,New_city.
The map is based on the map FS17_Sibbershusum, mainly land and fields.