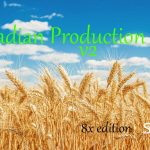 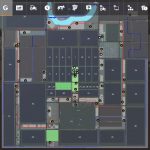 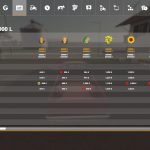 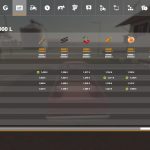 This is version 8 of canadian production map. Animals were added to the map, also compost, pigfood, cowfood, grassdryer and fermeting silo mods. They are not global mods so you have to fill them manually and display are slower too. There are quite a few mods and they are required to have all vehicules at start.

Corrections: I modified the sheep husbandry by moving the ramps further back to allow pallets inside to be removed. The pallet collection was moved outside the building. A new navmesh was created. Also the t-440 headers speed was increased to 20km and fill capacity of t-440 to 100k, unloading speed was also increased. Wilson SuperB trailer can collect potato and sugarbeet now.

No need to start a new map, many mods were modified again so overwrite them if newer.