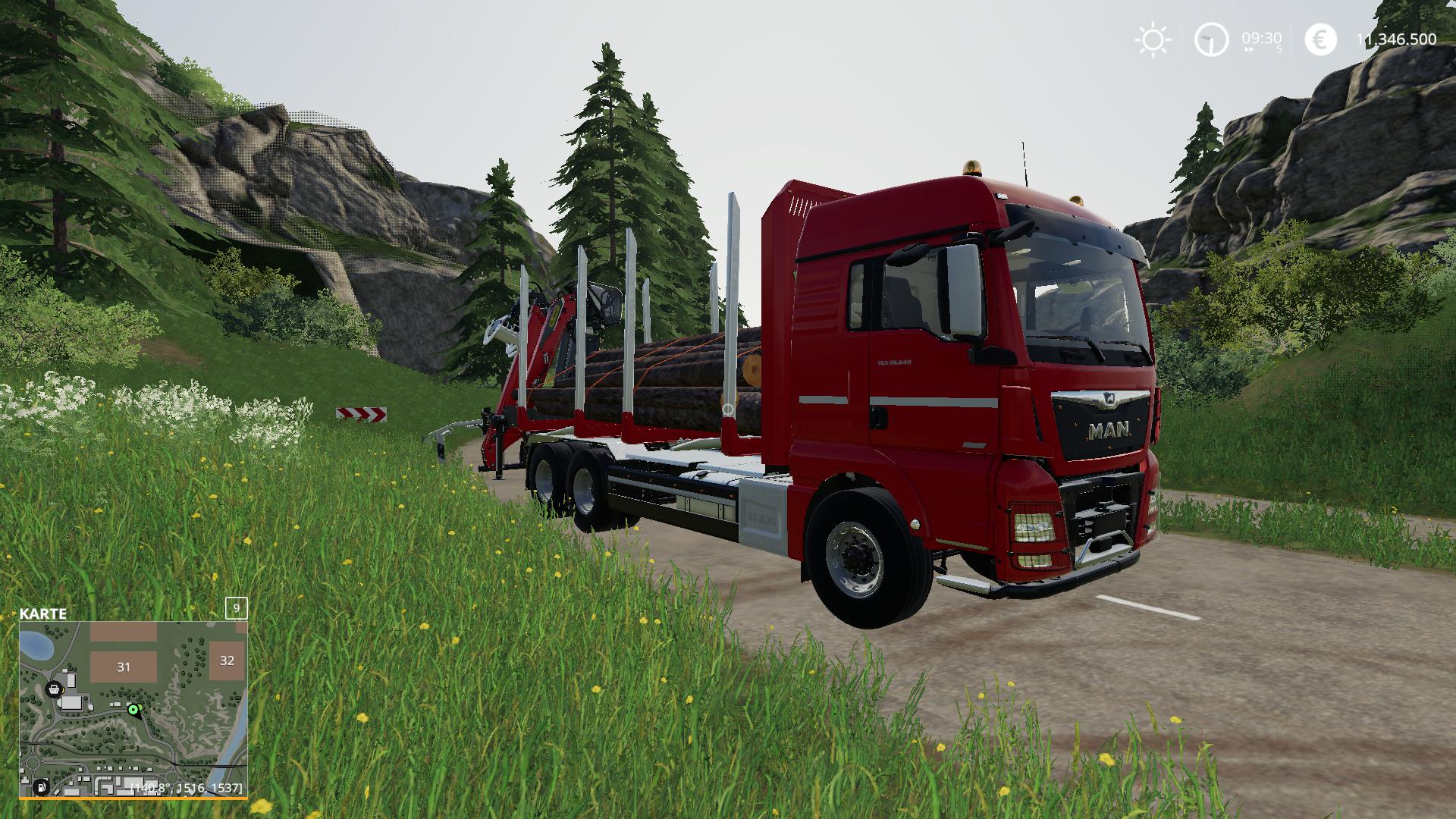 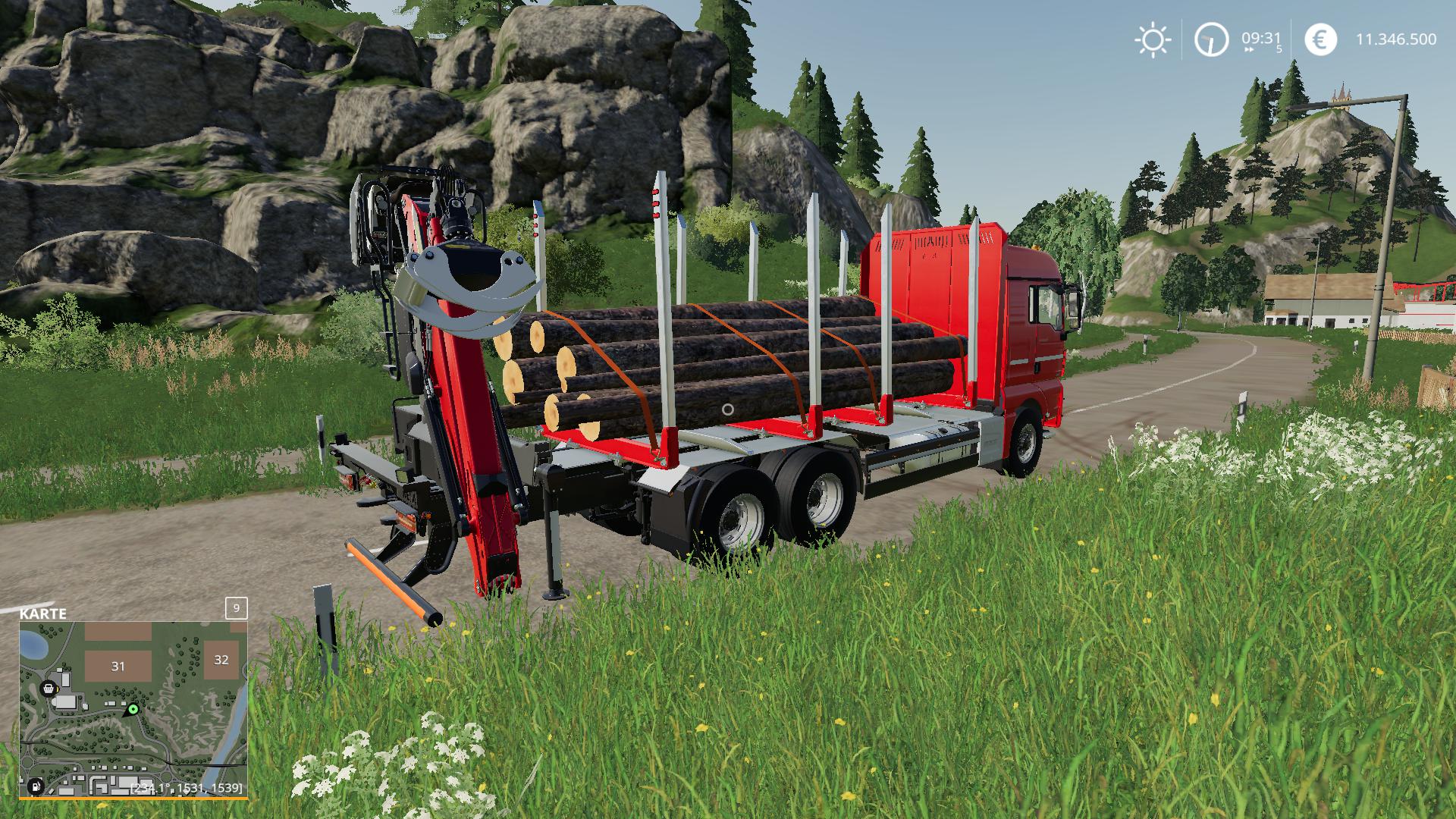 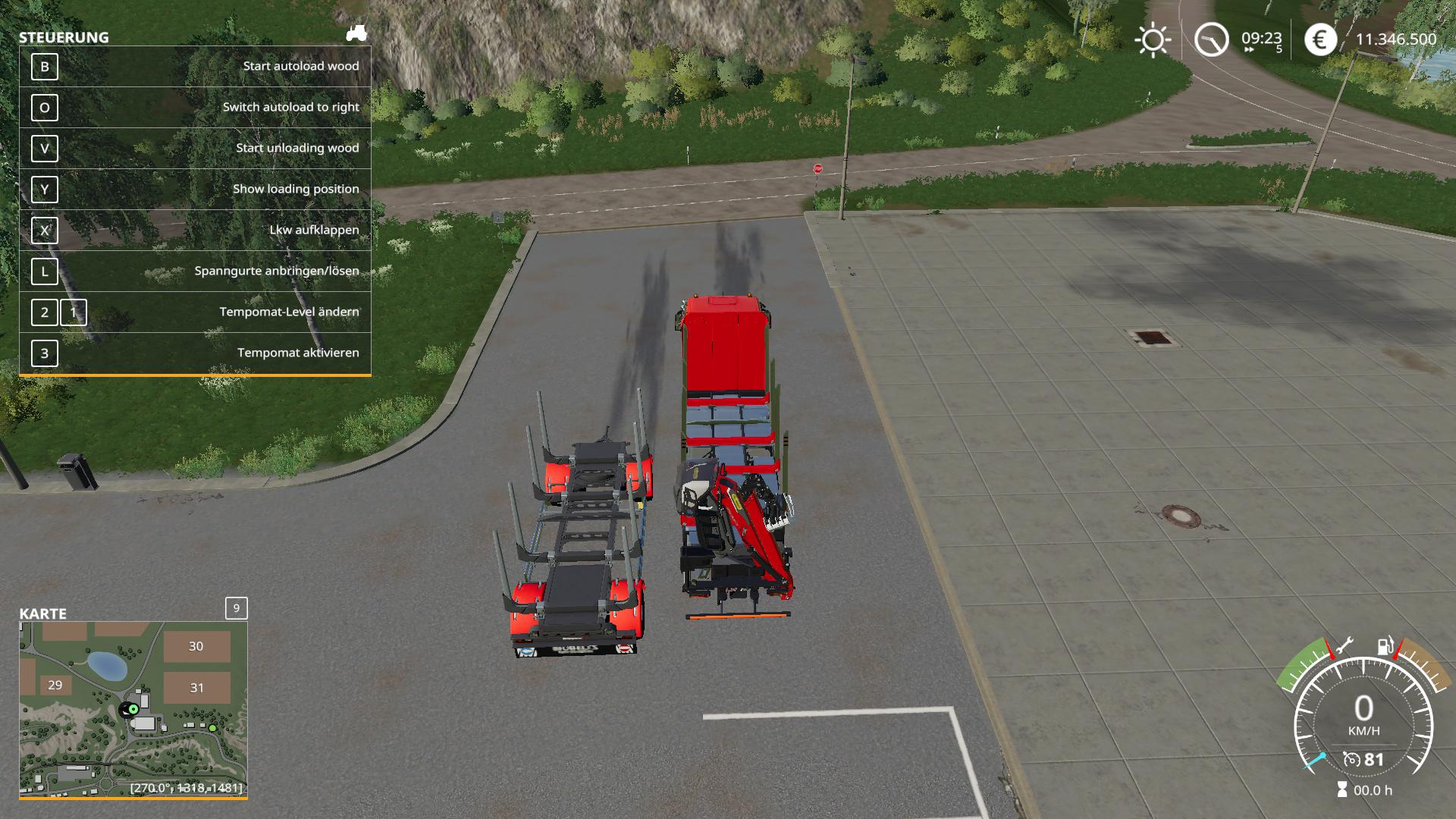 LOG No errors or warnings
It also runs everything, but first only ne beta because maybe the trigger something to be adjusted.
You can load logs up to 6m in length.

!!!IMPORTANT!!! You must change the key for UNLOAD AUTOWOOD from X to V in the key assignments in the game.
Otherwise there are problems with the unfolding of the truck.
The plan was to actually publish a trailer with it. The trailer is ready though unfortunately I did not get the release, is due to an Exclusivitätsklausel Seitens Giants because of consoles in the Modhub. There are also problems if you hang two Autoload vehicles behind each other.

The truck is the standard truck of Giants.
At this Forst_Master all-round lights were installed, the crane more freedom of movement and the crane claw missed more power. The crane is fully functional and you can choose how to load your wood.

Should there be problems just report.
ATTENTION ATTENTION very important !!!
Do not hang a trailer behind the truck otherwise the script throws error.
So far I have no solution because it is a script problem and I do not really know it. As soon as something was fixed there comes an update.

Version 2.0.0
The use of trailers is currently not possible therefore this feature has been removed to avoid Lua errors.